Home » hair care » The benefits of watercress oil for hair 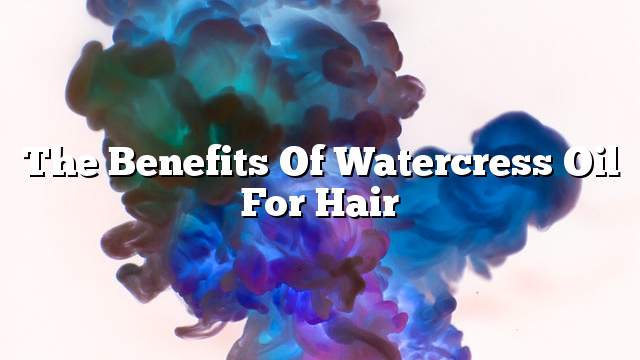 Watercress oil is the oil extracted from the watercress plant, which belongs to the group of leafy vegetables, which contain a large range of important elements of the body, and contains watercress oil vitamins such as vitamin A, a vitamin that dissolves in fat, an important oil for hair because it helps in the growth of hair follicles . Fresh watercress contains vitamin B, vitamin C and vitamin E, and on metals such as iron, calcium and zinc, watercress is added to salads and appetizers, preferably fresh to maintain its nutritional properties. Watercress treats many health problems, has great benefit to the body and hair, and saves the body from toxins and gives him strength, vigor and vitality.

The importance of watercress oil for the treatment of hair

The watercress oil is a useful oil for hair, and treats the scalp and prevents dryness and hair loss, and gives the hair a shiny appearance and easy combing, the following is the way that used watercress oil for hair care, and can be repeated before each shower:

Fresh watercress can be used to make mixtures that help strengthen hair.

Method 1:
Place fresh watercress in the electric mixer after washing it thoroughly, mix well until liquid mixture is formed. Put the mixture on the hair and cover with a plastic lid. Leave on the hair for at least two hours and then wash thoroughly.

Method 2:
Squeeze the watercress in the blender with the addition of garlic, lemon juice, rose water, and put the mixture on the hair for about two hours and then wash the hair well.

The importance of watercress oil for the body