Home » Healthy habits » How to avoid thirst in Ramadan 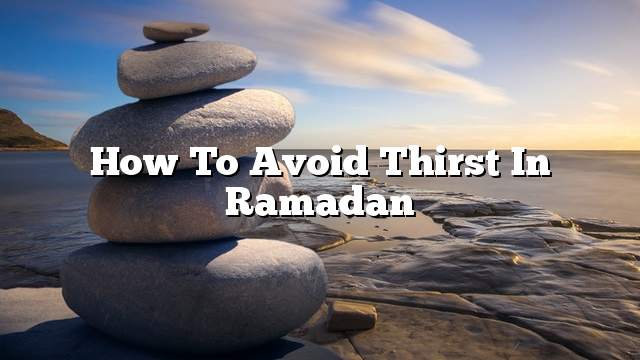 The month of Ramadan is one of the best months of the year. A Muslim fasts during his day and spends his night and takes a lot of reward and reward, but he is characterized by tiredness, exhaustion, hunger and thirst, especially in the summer, and some of the most difficult problems. The feeling of thirst can be alleviated to ease the difficulties of fasting.