Home » acne » Rectan for the treatment of acne 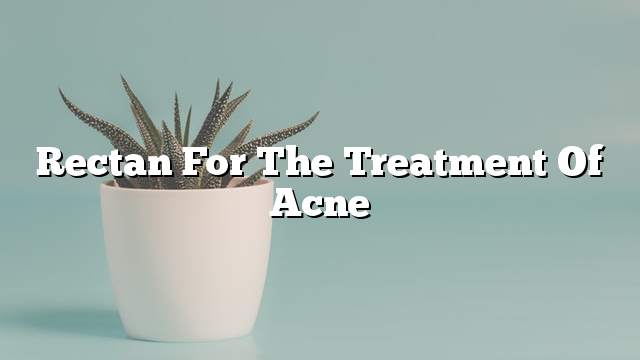 Acutane, also known as isotretinoin or roaquotane or rocantane, is also known in parts of the world. It was first discovered in 1979 when it was first given to patients with acute acne. Rectane is a drug derived from vitamin 13 (retinoic acid) capsules It usually takes from 15 weeks to 20 weeks and, as a dermatologist sees, an average of 3.5-4.5 months. It can also be prescribed in lower doses for up to six months or more and is mainly intended for people with acne Who did not respond to other treatments.

Rectan affects the development of acne and prevents it in different ways and from these methods greatly reduces and inhibits the size of the sebaceous glands in the skin by 35% to 58%, and even more significantly, reducing the amount of fat secreted in these glands about 80% It also eliminates acne bacteria and slows down the speed of production of fatty secretions produced by skin pores in the skin and acts as an anti-inflammatory acne. Roktan works to achieve partial or complete cleansing of acne in about 95% of people who complete the course of treatment with Roktan. Drying the lips, dryness of the skin, occasional puffiness, dry mouth, increased exposure to sunburn, bleeding and inflammation of the gums, can cause skin to become more sensitive to all forms of UV rays. Sun or ultraviolet light so it is recommended to take ointments that prevent the dry lips and the use of sun protection special described by the doctor during exposure to the sun and depending on the type of skin where the sun viscosity varies from skin to skin and the use of medical soap peeled described by a dermatologist.

Rokatin or Roakiotan is harmful to the baby if taken during pregnancy. It can also increase the chances of having an abortion so it is not recommended for pregnant women to take the treatment of Roktan, and it is mentioned that Roktan is not suitable for all and usually determined by a dermatologist through certain blood tests required to recommend treatment with Roktan or not, Pregnant women, people with allergies or allergies and reactions to any component of the drug Roktan, alcohol addict, and in the case of breastfeeding, intensive physical activity or cases of obesity, asthma, diabetes, fructose and kidney problems And liver problems and depression. And recall that there are drugs D interact with Roaccutane or Alroctan such as vitamin A and medicines keratolytics and tetracycline, and all these interactions be aware of their dermatologist and is authorized as Alroctan to treat acne.