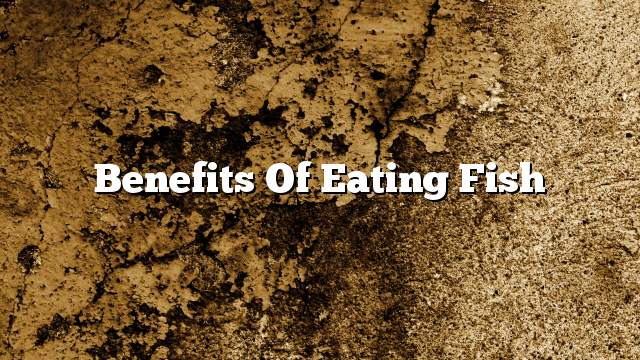 On the earth you find different kinds of animals that benefit humans, and in the sea you find the fish that God used to eat, so that man can eat fresh meat. Fish is without doubt a blessing from the Creator. The fish are the main dishes of many peoples such as East Asia, Indonesia, Japan, Africa and other coastal countries. Besides the delicious taste of fish and meat, which is characterized by its simplicity and ease of digestion, fish have many benefits for human health, psychological and physical Including: