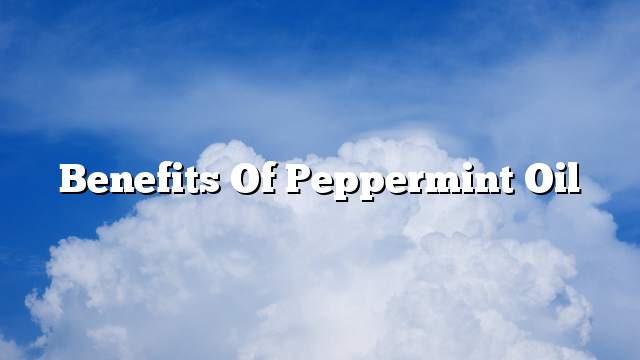 It is a long grass with green leaves, grows on the ends of the canals and water pools, and can grow the mint plant in a similar way to grow parsley. Mint is a refreshing aroma that is of great benefit to humans. It is used in many fields, such as cooking, and the work of the authorities. It can also be used as a sedative and refreshing drink, and its useful oil can be extracted from its small leaves called peppermint oil.

Peppermint oil is oil extracted from certain leaves of mint called peppermint mint, by subjecting mint leaves to distillation and exposure to steam. Mint oil contains an important organic compound called menthol. Menthol is a volatile gas with an aromatic scent Which gives the mint oil its sedative and soothing properties.

Peppermint oil has great benefits for human health, and we will mention in this article the most important of these benefits: