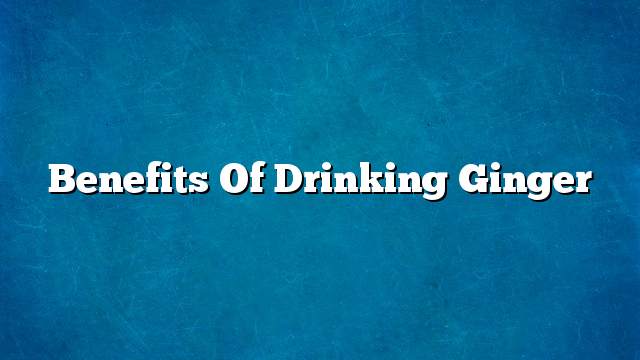 Ginger has been known since ancient times and has been used in the treatment of many diseases. Ginger is a root plant. It grows under the ground, and is very similar to tubers on potato. Ginger is characterized by yellow leaves. Doctors and herbalists prefer fresh ginger, because its freshness is much more effective than when it is stored. This is because ginger loses its benefits over time.

Ginger is used as a kind of spices for many recipes, after grinding to become a powder, because it has a sharp and distinctive taste, and sometimes used fresh too, and can also be taken as a drink after boiling water and soak enough to extract the wonderful ginger drink useful and used in Treat many diseases.

The correct way to save the ginger is by peeling the ginger beads, then sprinkle them well, then spread grated ginger on a tray covered with butter paper by placing a small amount of a tablespoon of ginger powder, and then put it in a freezer until frozen and becomes hard, then arrange the amount of ginger in This is the best way to keep ginger in order to retain its benefits and not lose its effectiveness. Ginger can be saved using this method for about six months.