Home » Ear, Nose and Throat » How to clean the ear of wax 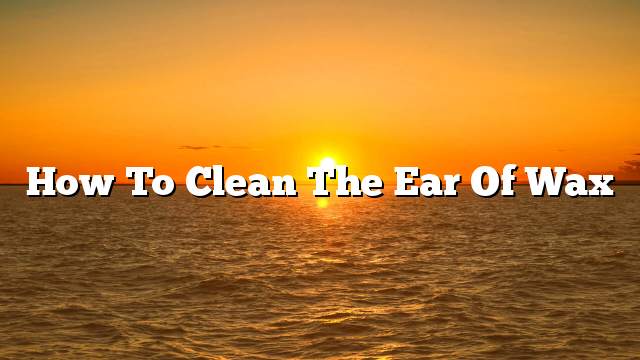 One of the five senses created in man is the hearing. A small member is responsible for the hearing and is part of the head. The ear is the organ responsible for taking and hearing sounds and is divided into three types of inner and middle ear and ear. The external ear is the first line, which consists of the ear flange, which works on the collection of sound and from the audio channel in which the sound is transmitted and is the middle ear canal and the auditory canal consists of glands forming a substance called ear plugs or ear wax.

Wax or mucus in the ear is a yellow viscous liquid that is similar to wax and has a foul odor that helps to protect the ear from bacteria, insects, dirt dust and dirt that are trying to enter the ear. The earwax is a substance that is released by the ear automatically when cleaning itself From the inside the ear wax collects at the beginning of the ear entrance almost on the line of the eardrum.

Usually, when the ear is not cleaned, especially after bathing and entering the water, the so-called ear infection, where the water dissolves the earwax and remains inside, causing an appropriate medium to collect bacteria and cause inflammation, so it is better to clean the ear of wax, but in proper ways.