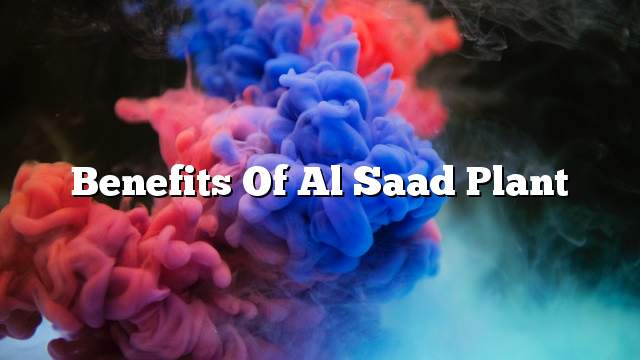 The Saad plant belongs to the Saadi family, which contains about 600 species, and its original habitat is in the countries of the Mediterranean basin, and there are several types of the most famous: the type called Saad delicious or love Aziz, the other type is harmful to plantations and called Saad Round.

There are many studies and scientific research, documented and serious, which prove the effectiveness of this plant in the discontinuation of the growth of hair growth, and that there are some studies whose results confirm the superiority of laser treatment in this area, and also does not leave any symptoms or side effects and negative.

How to use it to stop hair growth

There is a popular recipe, proven and effective using the plant Saad, which are as follows:

In a clean liter of pure water, put the powder of the saad in it, mix it on the fire until the mixture boils, then let it cool down. When the hair grows, we will shave or clean and remove the hair in one of the known and used methods. Hair, sugar paste and many other methods. Then we clean the place of cleaning with the boiling mixture we have obtained before. We continue this process for about a week. This procedure will delay hair growth again in an amazing way.