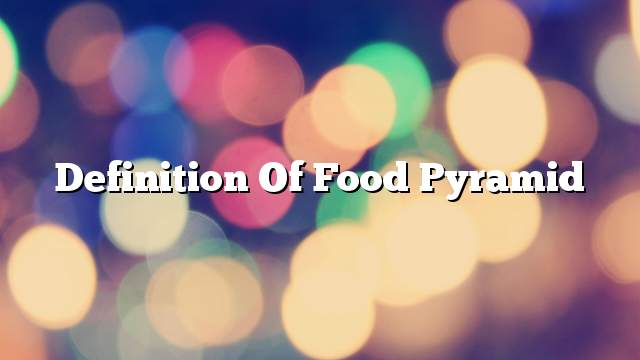 Is a guide to show the types of different foods needed by humans on a daily basis divided into groups in a way that shows the quantities required of each group, and therefore divided in the form of a pyramid has a broad base, the smaller the higher up, and was set by the US Department of Agriculture in a thousand and ninety, Specifically, the needs of the child, adolescent, young and old differ from each other. There is also a difference depending on gender. Young people need proteins and greater energy. The fact that their bodies were done While women need iron more because of what they lose each month in the menstrual cycle, as well as many other elements during pregnancy and lactation.

The food was divided into five groups, which the human body needs in certain quantities to build its body, perform its vital functions, and thus enjoy good health. These groups were not given names that contain more than one type of food, but generally focus on a particular type of food, More than others, namely:

The second and third groups share the same level in the food pyramid, since both contain protein, but taking into account the amount of milk and its products in order to obtain calcium.