Home » Pregnant health » The beginning of pregnancy and its symptoms 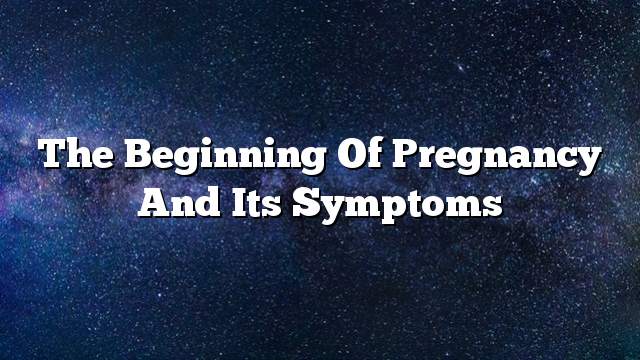 Every woman seeks pregnancy and motherhood, and this is one of the most important things that control her thinking and wait moment by moment, and seeks to know whether she is pregnant or not before the date of tests for pregnancy, which is after the expiration of a period of not less than twelve days of the menstrual cycle, Here we offer the mother early signs that can appear on you in the few days after fertilization.

Pregnancy occurs when a sperm met with a mature egg in the fallopian tube in the ovulation stage in women and is usually on the fourteenth to seventeenth and this depends on the strength of the pregnancy hormone, and known process fertilization, and studies have shown that mature egg, which is ready for vaccination remains for 24 In the Fallopian tube until the sperm reaches and fertilizes it, and it takes three to four days to reach the uterus. At these times, the rate of pregnancy hormone is present in the blood but does not appear in the laboratory tests, because of the lack of connection to the extent that makes it more obvious.

There are many signs of pregnancy that appear in women, and are different from pregnancy to another and from one woman to another and here we clarify the most important of these signs, it is worth mentioning that not necessarily all appear on all mothers with the participation of some symptoms in combination and these symptoms.