Home » Pregnant health » What are the things that affect pregnancy 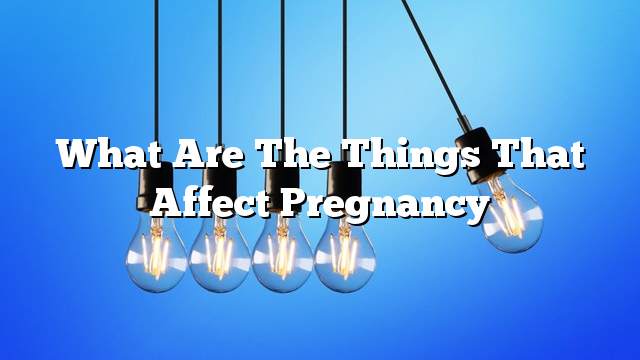 Marriage is the sacred link between male and female, which aims at forming a family and having children. The couple is happier to hear the news of the arrival of a new member of the family. Preparations for the new baby begin, but despite the happiness that the mother is in her pregnancy, During this period of fatigue and pain, as the pregnancy is one of the most sensitive periods experienced by the mother, which requires attention and attention continuously, so that it must be concerned with health and nutrition because it reflects on the health of the fetus, the better mother’s health was better fetal health, There are also some Dat misdiagnosed by the mother and many of the effects that would harm the health of the mother and her fetus, so the mother must avoid them always, in this article we will highlight the most important things that affect pregnancy.

The most important factors affecting pregnancy are: