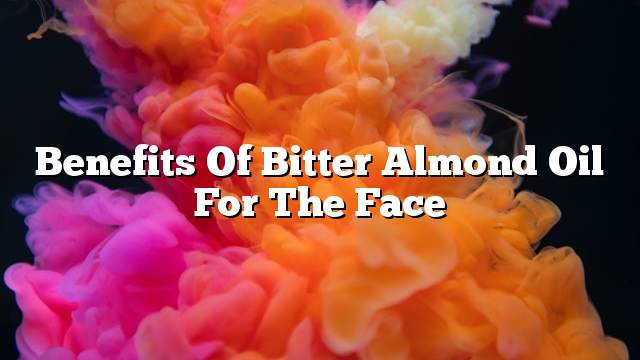 The difference between bitter almond oil and sweet almond oil

The use of natural oils varies according to their types and components. Commonly used oils are bitter almond oil (Bitter Almond Oil). Almond oil is extracted from the fruits of the bitter almond tree. The original home of this tree is the western regions of Asia and the northern regions of Africa. Also significantly in areas of Turkey, Egypt, Tunisia, Morocco, and Spain.

Benefits of bitter almond oil for the body

In spite of the toxicity of bitter almond oil, it has many therapeutic properties that if used wisely and in a few limited doses. The most important is its ability to fight infections and microbes such as bacteria, viruses and fungus. It is also an intestinal worm repellent, and a soothing for convulsions intestinal, and has effective in the production of urine and diarrhea and is used externally to relieve pain and anesthesia.

The recommended method of use is the amount of one drop of bitter almond oil to thirty milliliters of another oil, and can be added to the creams used in the home, or use in the form of vapor, and the precautions for the use of this oil should not pregnant women and children to use it, but must Keep away from eating it completely, and not use it in overdose, but must adhere to the specific dose to avoid toxicity in it.

The oil extracted from bitter almonds contains 50% of the essential components of benzaldehyde, hydrocyanic acid, glycoside amygdalin, monounsaturated fatty acids and others. Of the other 50% compounds of bitter almond oil, including vitamin E, proteins, zinc, potassium, and many other vitamins and minerals.

The method of extraction of bitter almond oil is done by removing the shell from the almonds, and then crushed, and distillation of the powder produced and extract the oil from it, and is a component of the hydroceanic acid, one of the components of almond oil bitter compounded poisoning and lethal if dealt with center and raw matrial. Therefore, the oil producers are trying to eliminate this effect by using heat to destroy the toxicity of this compound, and some countries prohibit the sale of this oil without refining it to get rid of this compound and reduce its toxicity.

Benefits of sweet almond oil for face and skin

Sweet almond oil is heavily used in skin care products for its many benefits, while bitter almond oil is used for the good aroma that people normally desire.

Due to the external use of sweet almond oil, this oil has many benefits for skin and face in particular, including: